A leading automotive manufacture had been experiencing build up issues on vibrating tuning forks in their limestone storage tanks. The limestone was used in the paint process where it was first stored and then later conveyed into a hopper for use in a dry scrubber to capture paint fumes. A large portion of the resulting reactant was burned due to the heat in the scrubber, however the remaining was caught by filters and held in storage tanks for disposal. The limestone had a tendency to buildup and become stuck between the tuning forks, causing a false alarm. The units had to be removed and cleaned in order to clear the “false” alarm, costing time, money and resources. 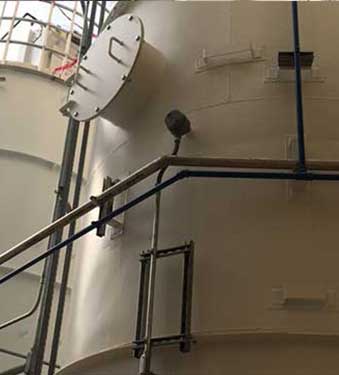 LS6000 Level Switches were chosen for the initial test application. Once installed and properly calibrated, the LS6000 units allowed the user to ignore or tune out any material build up while still detecting the limestone level inside the tank. As a result, the false alarms were eliminated, allowing the manufacture to optimize their production and reduce maintenance rounds. 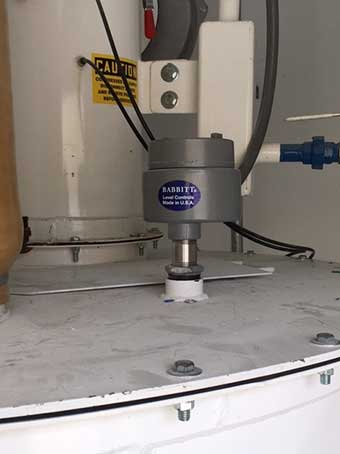 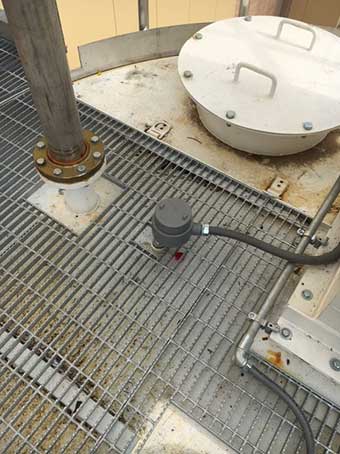 The LS6000’s were later spec’d into the design of future paint equipment, but after review concerns were expressed about the potential for inadvertent activation during filling due to dust or falling material. The model LS7000 Level Switch was chosen for the 2nd test application due the built-in, adjustable time delay feature. The LS7000 performed well during the 2nd test phase and a short 5-10 second time delay negated any chatter during filling. Several hundred were purchased and installed over the next several months where they have since continued to perform well.

Hard and brown coal are used as the main energy sources for coal-fired power plants. The coal arrives by ship or train where it is then off loaded into bunkers as high as 100’. The coal is transported to the power plant via conveyor belts where pulverization units crush the coal into dust for combustion in the boiler firebox.

Reliable level measurement in these bunkers helps to prevent overfills and guarantees material never runs out, ensuring uninterrupted feeding of the boiler firebox. Measuring the level in these bunkers can be difficult as large chunks of heavy coal can easily damage level instruments. Coal dust can also be a problem for certain level devices, coating the sensor resulting in a false alarm. 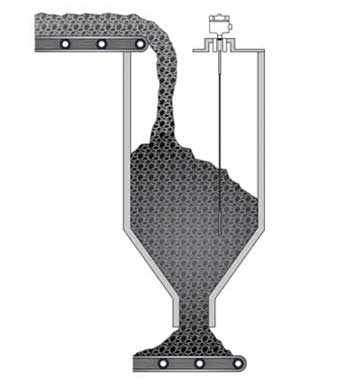 The solution is a flexible cable probe on either an LS6000, LS7000 or LS8000 level switch. The electronics can power a cable probe up to 100’, plus the flexibility of the cable makes shipping and installation easier. Standard units come with O-Ring grooves in the probe, however in applications with large, heavy dry material such as coal, these grooves create a weak point in the metal. Removing the O-Ring grooves improves the integrity of the 316SS probe. In certain coal bunker applications, it may be good practice to incorporate a shield over the unit as an additional measure to protect against wear and tear. 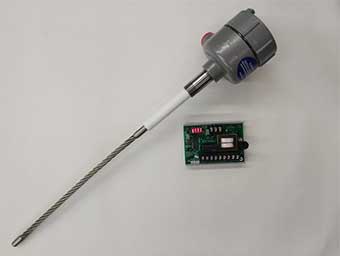 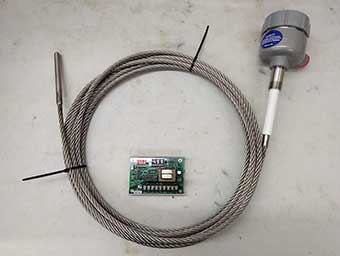 Cable probes can be ordered by designating “C” as the probe material of construction. Also, “No O-Ring” grooves should be specified after the P/N. 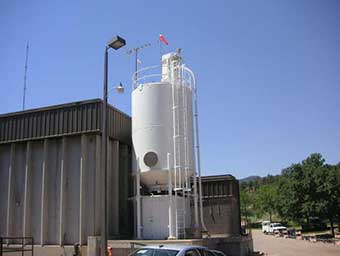 Over the years, rotating paddle type level switches have been a popular, low cost method of measuring dry products. Although these units are affordable and effective, they do come with their drawbacks. The paddle devices contain moving parts, which overtime eventually wear out, requiring up-keep maintenance and replacement parts. Frequent shutdown for these events can have negative impacts on production, operating cost and spare parts inventory.

All Babbitt Point Level Switches are a direct retro fit for rotating paddle type units frequently found in dry bulk solids. Babbitt level switches have the exact same control wiring, so it’s out with the old and in with the new. The level switches contain no moving parts, so there are no paddles to fall off, bearings to wear out or motors to burn up. Babbitt level switches have an extremely wide tuning range, allowing them to operate in a variety of materials. These units have the ability to withstand excess product buildup. No need to shut down production to clean the probe, simply recalibrate the unit by tuning out the buildup.

Check out the video below for a quick demonstration. We invite you to contact us at the factory with any questions about your upcoming application.